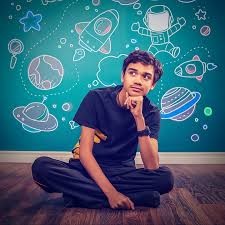 We all have those moments when we feel low and start doubting our abilities, it starts back at school when you can’t understand physics or solve some maths problems. Now how do you know if you’re smart apart from taking an IQ test? well according to science here is some surprising signs to tell if you’re more intelligent than you realize :

2- You can feel what others are thinking :
It doesn’t mean you(re psychic, however, there are some indications of it, you know that feeling when
you’re talking to some of your friends and they can’t find the right word or just postponing finishing
the sentence and you do it for them? If you do so then you might be a genius
Empathy is a sign of exceptional mental intelligence, Empathy is a sign of exceptional mental
intelligence, if you are emotionally intelligent, you like to create new relationships and discover new
things. scientifically proven that people who care a lot about others and feel them well generally succeed in life

3- You are messy
Kathleen Vohs once said « the messier you are, the more intelligent you are more likely to be ».
The team of researchers divided the participants into two groups, and then ask them to brainstorm
new uses for ping pong balls. In the end, the results showed that the ideas from a group of messy people were more interesting and creative.

4- You talk to your self :
According to a recent study talking to your self can be a sign of intelligence Paloma Mari-beffa of Bangor University found external monologues boost brain power to improve
our focus and achieve goals. She recently announced that our inner talk serves to control ourselves by helping us organize our thoughts and actions. « Talkin out loud can be an extension of this silent inner talk, caused when a certain motor command is triggered involuntarily » Said Mari-beffa.

5- You stay up late :
A lot of people tend to think that early birds ( those who wake up early ) are more productive than others, but according to recent research night, Owls are more genius and creative actually. Researchers at the University of Liege in Belgium monitored did an experiment between 16-night owls and 16 early birds in a lab. The two groups had their brain activity measured an hour and a half later after waking up, then ten hours and a half after waking up. The final results after the morning test showed that both of the groups performed nearly the same in their responsiveness. However, after 10.5 hours the night owls showed faster reaction more than the early birds.