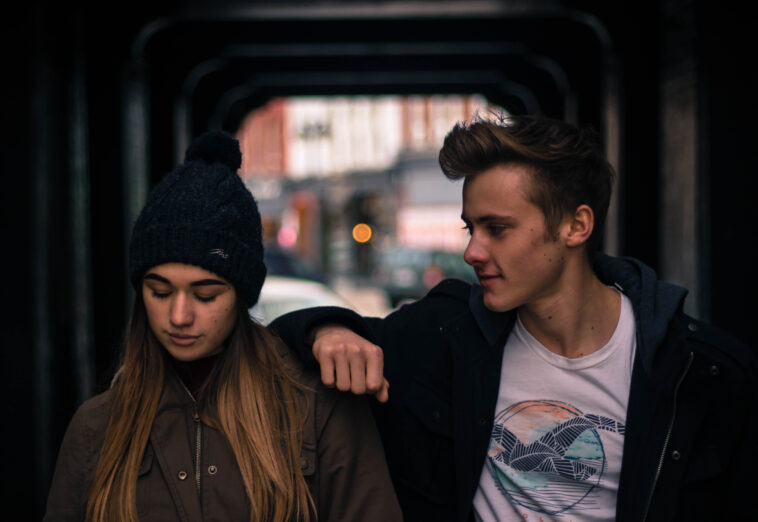 Yes, there are definitely many things you should never tell a man if you want to avoid fights, jealousies, rage attacks, and even problems of self-esteem in yourself, it is better than in certain circumstances you close your mouth. Don’t ever forget this saying: “In the closed mouth, no flies come in for sure!”.

Do you usually “Screw up” quite often with? Then try to remember these 6 things that you mustn’t tell your partner to not make a serious mistake.
1- do you think she’s cute?
If you and your boyfriend cross paths with a woman known to both of you (friend, classmate, work or whatever) and you noticed that he looks at her a lot never asked him that question if says no you will be angry because you do not believe him and if he says yes a fit of rage will come. Better to avoid meaningless worries and make sure nothing happened.

2- When do we meet up again?
The first date with a man you like, you have had a great time, but at the moment of saying goodbye, he still has not ended at anything for a second meeting. Do you ask him when to meet again? Don’t! If he has not told you yet it is because he is not convinced so better avoid that uncomfortable moment for you. If a man really interested you will propose it to you.

3- Have you slept with her?
Don’t ever ask your partner about things from the past, with what need? so that the ghosts of the past and the insecurities that come with persecute you eternally? Look forward.

4- It’s just a football match
If your boyfriend is focusing on watching a football game of his favorite team, he is nervous, he moves around and screams, the worse thing you can say at that moment is: many men love football, and hearing this you despise it will not be very good for them.

5- Am I fat :
A question that ends in a fight always, if he says no, you think he does it so you do not feel bad, and if he says yes self-esteem stays on the floor. Never consult that with your boyfriend. Remember that men are attracted to women who are secure and without complexes, those consultations leave for your best for your best friend.

6- My ex-boyfriend did the same as you :
Mistake! and serious. we should never make any kind of comparisons between the current boyfriend and an ex talking about an Ex being a good or bad means that you are still thinking about him or that you are still disgusted, that will make him feel in the background, also would like him to compare you with the women of his past, i bet you would hate.

Undoubtedly, you must be careful with many unnecessary comments or unfortunate questions when we are in front of a man necessary.